Pickleball seems to be all over the news lately, with articles in New Zealand’s Stuff newspaper, on the BBC news website and talk of it becoming a new Olympic sport.  According to the (USA) Sport and Fitness Industry Association (SFIA), pickleball participation grew by a whopping 21.3% in 2020 as people looked for new ways to stay active during the pandemic.

In NZ, the trend has been mirrored with Pickleball venues popping up all over the place.  As of 2020, there are an estimated 2,000 players throughout the country, playing at 40 different locations.  We even have our own NZ Pickleball Association responsible for disseminating the rules while “actively promoting the development and growth of pickleball” and to support “local pickleball clubs, communities, and players” across the country.

Pickleball is a net & racquet sport combining elements of tennis, badminton and ping-pong. The game was allegedly created in 1965 on Bainbridge Island, Washington, near Seattle USA, by accident when a couple of families could not locate a shuttlecock to play badminton. The three dads created pickleball as an alternative for their children.

Played on a tennis / badminton doubles-sized court, the players use rectangular-ish shaped racquets known as ‘paddles’  and a lightweight, hollow plastic ball with holes – known as a wiffle ball ” that doesn’t hurt if it hits you”.  The net is slightly lower than a tennis net.

It can be played either as a singles game, or often more popularly – as a doubles – and can be played both indoors and outdoors.  In Waiheke’s case, it’s currently played indoors at the Waiheke Recreation Centre.

Pickleball is fun, social and friendly. The rules are simple and the game is easy for beginners to learn, but can develop into a quick, fast-paced, competitive game for experienced players.

What are the basic rules?

The rules of the game are fairly easy to pick up and usually the more experienced players will advise any newer player.

The objective is to score points against the opponent side – enough to win the match.   Players serve across the court to each other, much like in badminton or tennis.  After serving, the opposing players hit the wiffle ball back and forth over the net until one side makes a mistake and loses the point, or the serve.

“The kitchen” refers to the no-volley zone next to the net, and “dinking” is a soft shot that sends the other player scrambling towards the net to reach the ball in time.  Some players have also mastered the art of “spinning” the ball of the racquet such that when the ball lands on the opponent’s side, it bounces off at crazy angles, making it difficult to play a return.

The first singles player or doubles team to reach 11 points, who’s also ahead by at least two points, is the winner. If a match is 10-10 or 11-10, it continues on until one side wins by two clear points (much like in badminton or table tennis).

For detailed look at all the rules, click here.

Who Can Play Pickleball?

Pickleball is a sport that is easy for people of all ages to play. It allows people to move around and be active, but it’s not as physically demanding as tennis. The whiffle ball makes things a little easier, and it’s a good social activity.

“It’s a really good sport for people who don’t want to run around as much as you would in squash or tennis and yet still have all of the elements of athleticism and the same joy of making a shot” says Waiheke local Jeff Parke, the president of the Auckland Pickleball Association and the event organiser for the Waiheke Rec Centre Pickleball sessions.

Session times can vary due to national holidays, Covid and whatnot – so please do contact the organiser prior to travel to avoid disappointment:

View all sessions dates & times in our calendar 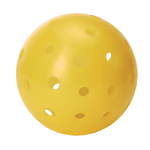 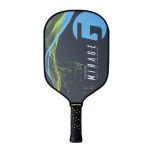 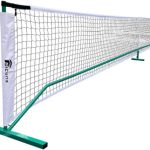 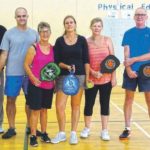 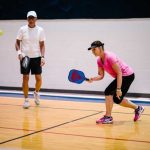